Venetians vote on whether to separate from mainland

Venice locals took to the polls on Sunday to decide whether the city’s historic “floating” centre should be split from its sister city of Mestre on the mainland. 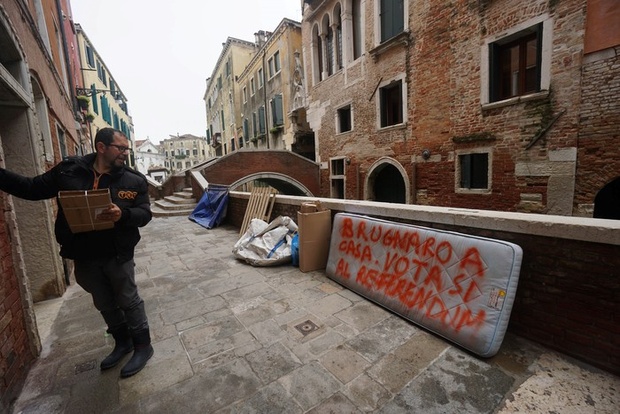 “Brugnaro at home. Vote Yes in the referendum.” (Photo: ANSA) 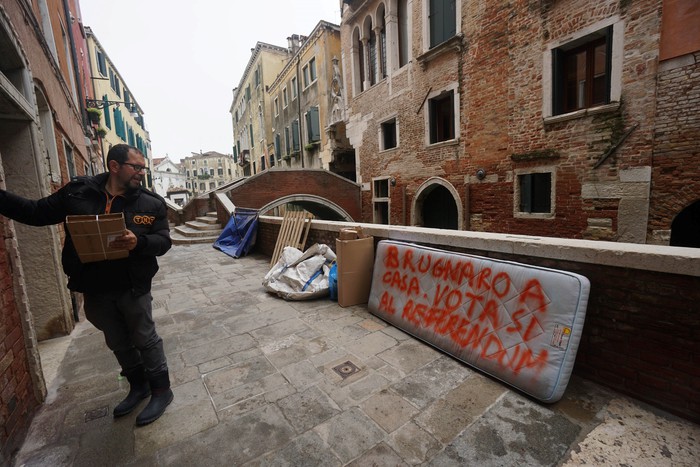 “Brugnaro at home. Vote Yes in the referendum.” (Photo: ANSA)

The split would mean the municipality would be separated in two – on one side, the historic city and islands which are famously built on stilts on the lagoon, and on the other, the inland and more populated residential boroughs, known as Mestre.

Those in favour of the split argue Venice needs its own dedicated administration to address a range of problems, including a rapidly plummeting population, surging tourist numbers and urban decay.

Sunday marked the fifth time Venetians and their neighbours in Mestre have headed to the polls after previous referendums were unsuccessful in 1979, 1989, 1994 and 2003.

Venice Mayor Luigi Brugnaro strongly opposed the referendum and even took legal action to try to block it, despite promising a vote in his 2015 election campaign.

Brugnaro urged citizens not to take part in “yet another referendum” on separation, arguing that independence would come at a huge cost and that it would take years to untangle bureaucracy.

However, activists claim splitting the city is the only way to ensure its survival.

“It’s the only solution possible for effectively governing these distinct cities,” We Are Here Venice, a non-profit association that addresses the municipality’s challenges, said on its website.

“Venice and Mestre are two completely different realities that were united during fascism in 1926 and whose history and issues are entirely different.”

While tourism in old Venice has ballooned to the current 20 million annual visitors it receives today, its other six boroughs on the mainland are largely post-industrial, overpopulated areas that receive little attention and investment by comparison.

The group claims that having two separate municipalities would allow each part of current-day Venice to deal with its own set of problems more effectively.

On average, two to three Venetians leave the old city every day, making it more than 1000 per year.

Half of the resident population that’s left is aged over 65.

“If things do not change, Venice’s death is inevitable.”