Up to 40,000 pack into Florence piazza as part of Italy’s new “Sardine Movement”

Tens of thousands packed into a piazza in Florence on Saturday to protest against Italy’s far-right League party, the latest in a series of demonstrations organised by the nascent “Sardine Movement”. 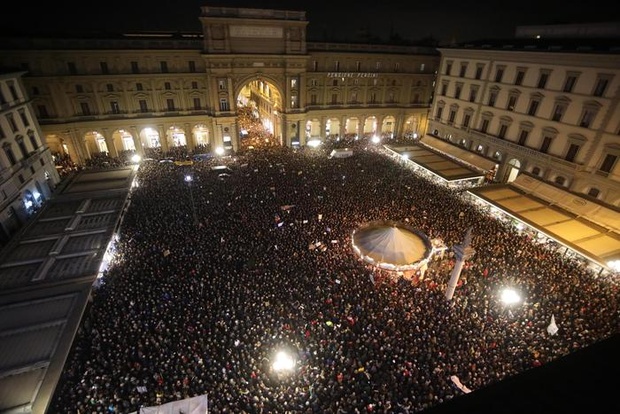 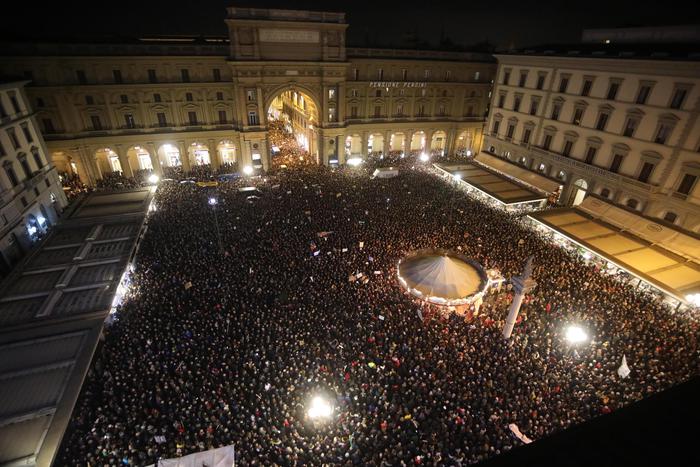 Dubbed “Salvini’s most dangerous enemy”, the grassroots movement was founded by four young Italians from the northeastern region of Emilia-Romagna, which is due to hold elections in January.

The wealthy region has been a left-wing stronghold since World War II, and was a centre of Italy’s once strong Communist Party.

Founded on November 14, the new movement has staged around 10 demonstrations over the past 15 days in the north of the country.

Instead of the usual banners from political activists, the movement carried placards in the shape of a sardine.

Students, young professionals and families with children gathered in Florence’s Piazza della Repubblica on Saturday, singing the anti-fascist song Bella Ciao and chanting “Every sardine has the right to exist!”

Organisers said 40,000 people had turned out to the protest, substantially more than the 15,000 they claimed attended their first rally, just two weeks earlier.

The movement was created in response to the rising power in the north of the right-wing coalition led by the League.

In late October, the League had a historic victory in regional polls in central Umbria, which had been ruled by the left for half a century.

League leader Matteo Salvini is now campaigning hard to try to capture Emilia-Romagna, which will have its regional elections on January 26.

Salvini has said he wants to conquer the regions one by one to bring down the current coalition between the anti-establishment Five Star Movement (M5S) and the centre-left Democratic Party (PD) and force early elections.

Meanwhile, the Sardine Movement has scheduled more protests in the major cities of Turin, Milan, Naples and Rome.

The Rome rally is set to take place on December 14, and organisers hope they can pack 1 million people into the centre of the Italian capital.