Archaeologists have discovered a perfectly preserved Roman mosaic floor under a vineyard near Verona, northern Italy, after nearly a century of searching. 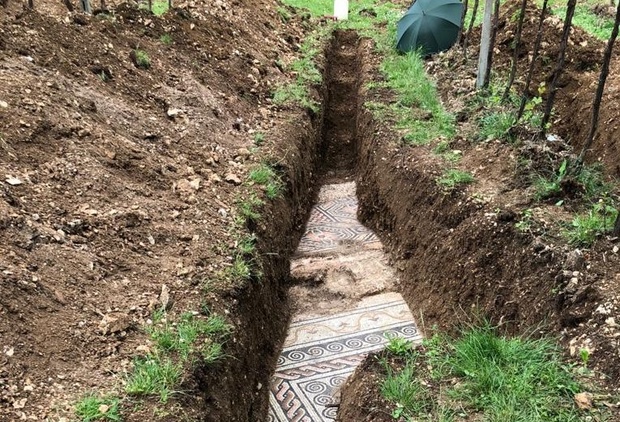 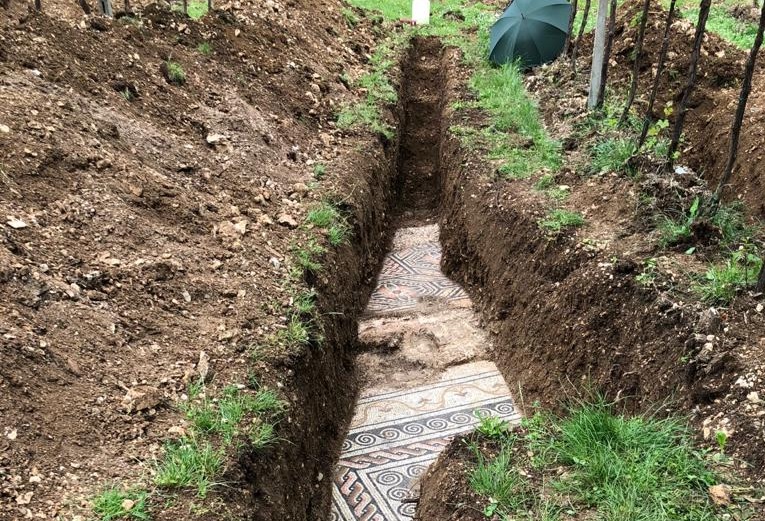 Surveyors in the commune of Negrar di Valpolicella, north of Verona, published images of the brightly-coloured geometric design, thought to have been part of a villa archaeologists first started looking for in 1922.

Technicians are still gently excavating the site to see the full extent of the ancient building.

Locals have known for years there were Roman artefacts in their part of the famous wine region.

But until now, there hadn’t been any big finds.

A team of Verona-based archaeologists resumed work last year, and returned again in February, but the excavation was soon suspended due to the coronavirus outbreak.

Just a week after work restarted in May, the mosaic was found several metres below a row of vines.

“After countless decades of failed attempts, part of the floor and foundations of the Roman villa located north of Verona, discovered by scholars a century ago, has finally been brought to light,” authorities from Negrar di Valpolicella wrote on the town’s Facebook page.

“The superintendent will now liaise with the owners of the area and municipality to identify the most appropriate ways of making this archaeological treasure, which has always been hidden beneath our feet, available and accessible.”

Archaeologists said that the villa is thought to cover an area of around 300 square metres.

Experts are now trying to discover the exact extent of the villa complex.

Roberto Grison, the mayor of Negrar di Valpolicella, told the local newspaper L’Arena: “We believe a cultural site of this value deserves attention and should be enhanced. For this reason, together with the superintendent and those in charge of agricultural funds, we will find a way to make this treasure enjoyable.”

It comes as Italy’s cultural sites are slowly coming back to life, with the archaeological park of Pompeii reopening on Tuesday.

The park reopened with security measures in place, including temperature checks, while the entrance price has been reduced to €5.

The Colosseum will reopen on June 1, with visitors obliged to buy tickets online, wear face masks and have their temperature checked before entering.