A new group of young Italians were recently welcomed in Melbourne as part of CO.AS.IT.’s Language Assistants Program. 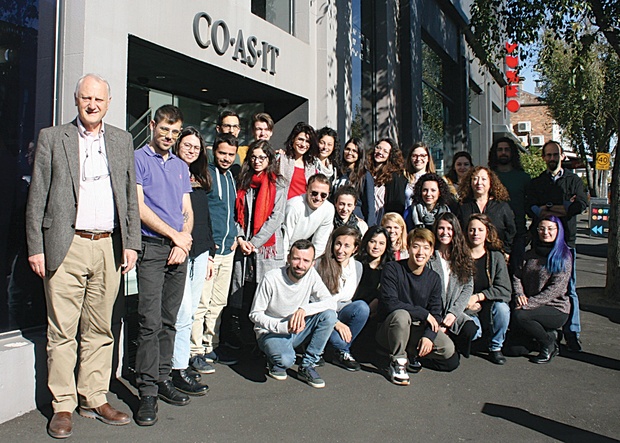 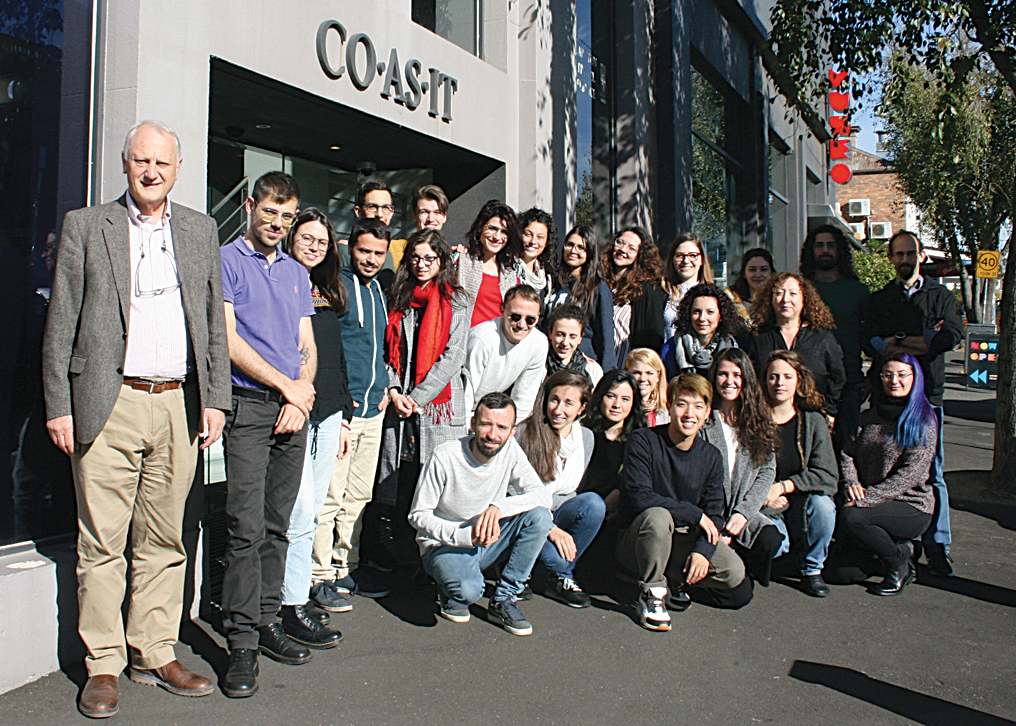 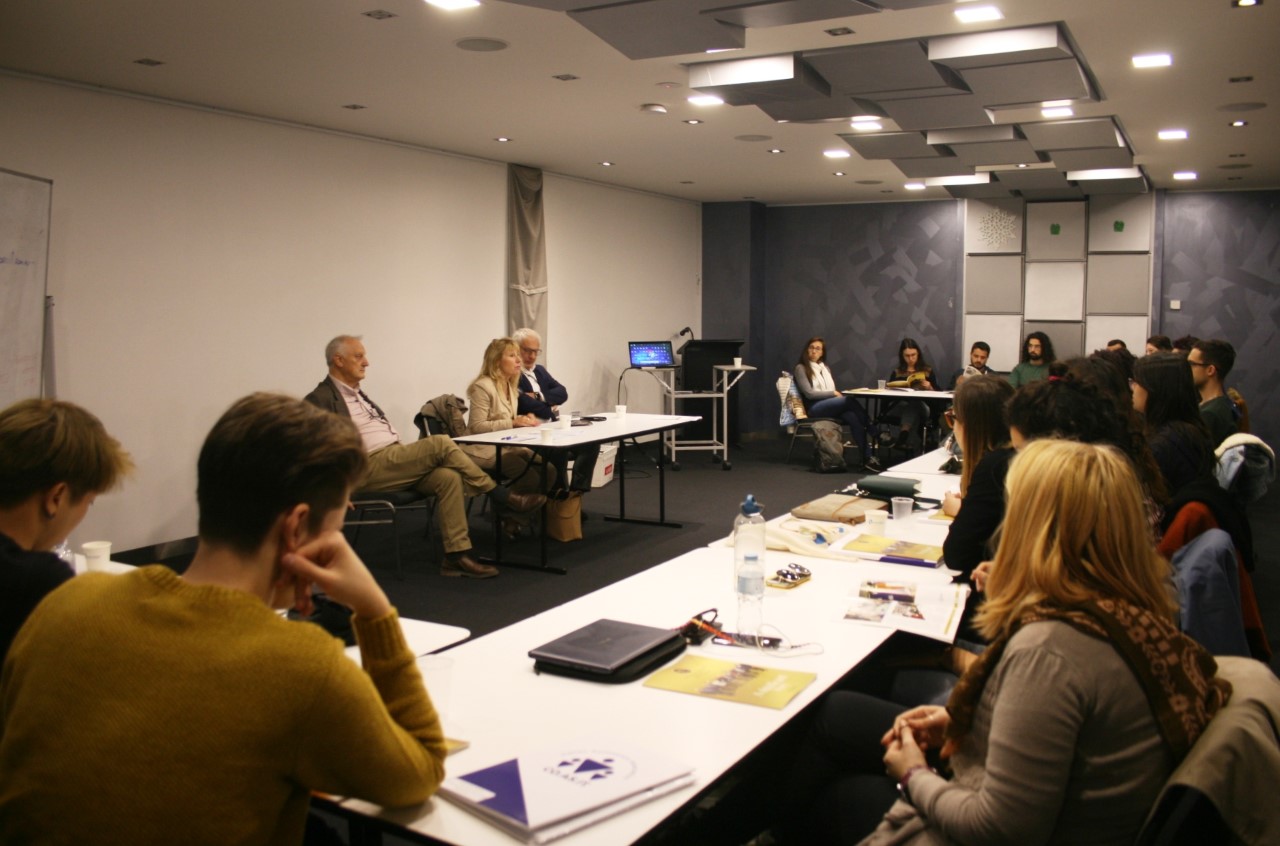 The new group of language assistants during their training

Anna Rita Tamponi, Director of Education and Culture at the Italian Embassy in Canberra, met the new cohort of language assistants during their training in Melbourne.

The meeting was a chance to reinforce the aim of the initiative and the opportunities on offer regarding direct collaboration with schools.

Tamponi also indicated her willingness to enhance the teaching and training experiences of the assistants in the context of the conference to be held during Italian Language Week in October.

Launched in 1995 with the arrival of the first group, CO.AS.IT.’s Language Assistants Program had already been running since 1991, the year which marked important developments between CO.AS.IT, the Ministry of Public Education and the Catholic Education Office of Victoria.

A precise and detailed three-part agreement was stipulated which included strategies for developing Italian courses, managing special projects and exchanging teachers and students between Victoria and Italy.

This agreement was formalised with the Memorandum of Understanding in 1996,
and then reaffirmed by new Memorandums in 2001 and 2006.

Another significant year was 2004, which saw a surge in numbers generated by the agreement: from an average of nine assistants per year during the first eight years of the program, it jumped to 37 in 2004.

This was the first year in which all of the schools which requested a language assistant received one.

Unfortunately, 2009 marked a counter-trend, with a reduction to an average of 25 assistants due to funding cuts to managing bodies by the Italian government.

Inevitably, since then, there were always more schools requesting assistants than there were available candidates.

This leads to reflection on the success of the program and on the benefits that the schools enjoy in the presence of a language assistant.

Precisely for this reason, and thanks to the continuous encouragement of the Victorian Education Department, CO. AS. IT. still has strong ties to Italian universities and runs the Language Assistants Program across Victoria.

CO. AS. IT. operates like an institutional sponsor as part of the agreement with the Department of Home Affairs, taking full responsibility for the management of the assistants and requesting, from year to year, a renewed and constant commitment to ensure the program’s survival.

Every year, these universities open a call for applicants before starting the selection process; meanwhile in Melbourne, requests from Victorian schools are accepted.

CO. AS. IT. places assistants in schools and remains a reference point for them throughout the entire process, providing an information package with bureaucratic and practical details, as well as organising a four-day introductory course on arrival before they depart for the respective destinations.

At the end of their stay, the assistants answer some questions about their overall experience.

Their feedback is collected for the purpose of creating a “survival guide” which is then given to the next year’s candidates to prevent them from arriving completely unprepared for a visa, the school system, the school placement and relationships with teachers / students, costs, culture, health, etc.

The assistants also contribute to CO. AS. IT.’s resources by producing educational material as well as providing teachers with additional support in the classroom.

The key to the program’s success is precisely the relationship that is formed between the assistant and the teacher; a specific program devised by the teacher, combined with a wide-ranging reception in the school community, favours the inclusion of the assistant in the school and the success of the initiative.

Placing an assistant in a school is obviously more difficult when they have less experience in travelling, organising themselves and being “independent” when it comes to things like searching for a home to live in after a month in the program.

Another challenge is the different approach taken by each assistant depending on their personality and expectations.

The ideal assistant has an open mind, is flexible and does not judge too quickly (especially when it comes to comparing the two school systems, Italian and Australian).

Ferdinando Colarossi and Alex Parise (Support Officer of the Department) note that most assistants change their approach during the course of their experience, learning to tailor positive aspects and apply different teaching methods and strategies compared to those in Italy.

According to Parise, assistants are more successful when they are given the opportunity to recognise and use their many talents and resources at school.

For example, an assistant with a degree in art history may be encouraged to plan an art class in Italian for students.

When this happens, the initiative’s full potential is reached.

This story appeared in the Thursday May 2, 2019 edition of In classe.

Olivia Jenkins is studying a Bachelor of Arts with a major in Journalism and a Diploma in Italian at Monash University.