The European Commission on Wednesday unveiled a €750 billion aid package to help the EU recover from the fallout of the coronavirus pandemic. 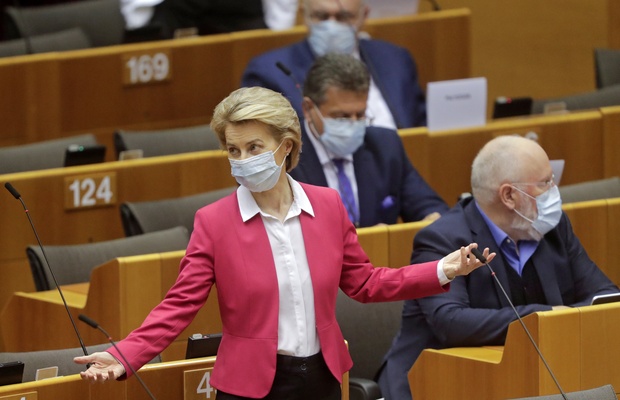 European Commission President Ursula Von Der Leyen wears a mask during a plenary session of the European Parliament in Brussels, Belgium, on May 27, 2020. (Photo: AAP) 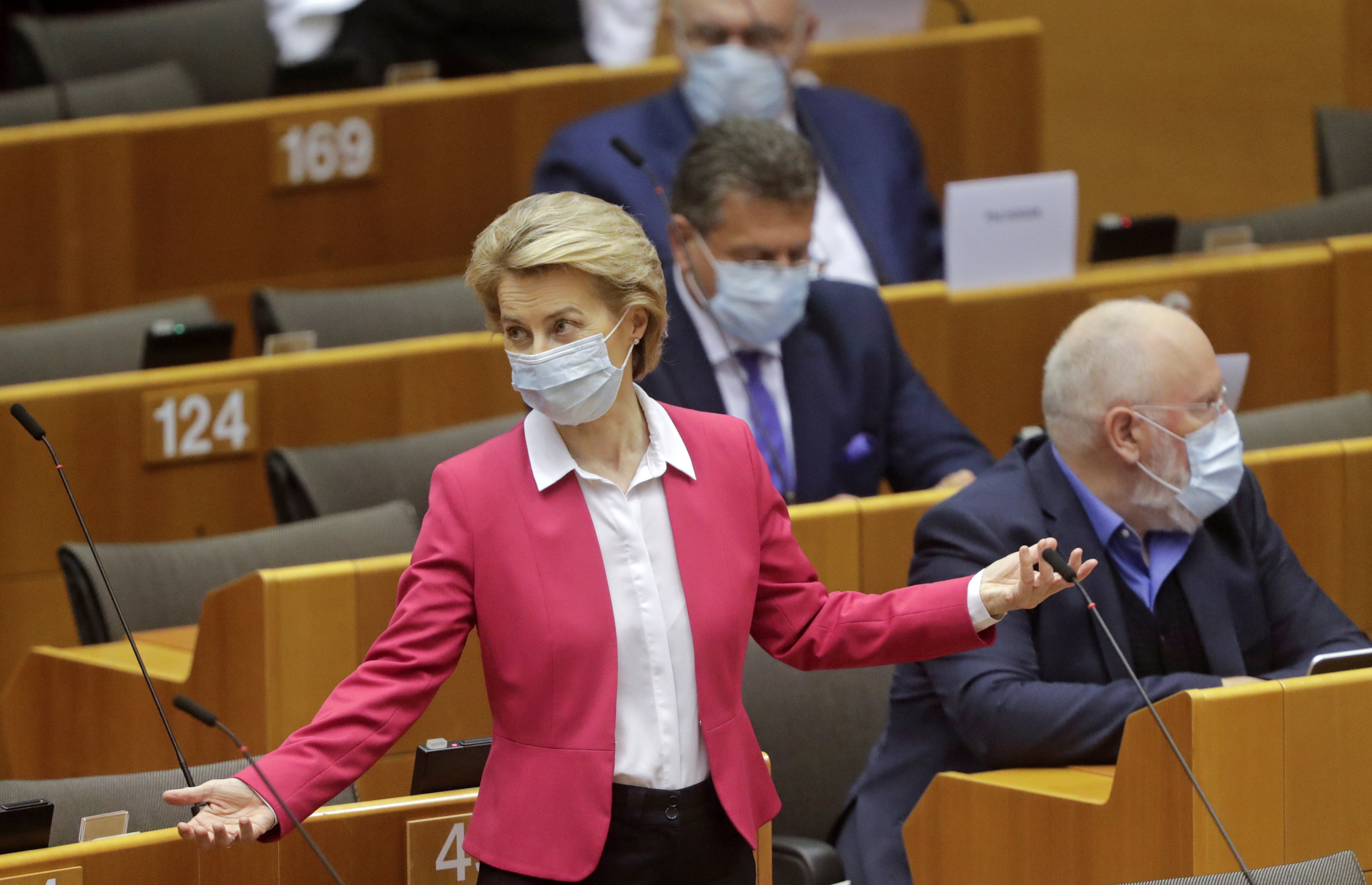 European Commission President Ursula Von Der Leyen wears a mask during a plenary session of the European Parliament in Brussels, Belgium, on May 27, 2020. (Photo: AAP)

The plan will require unanimous backing from all 27 nations in the bloc.

In a statement on its website, the EU governing body proposed the creation of a new recovery instrument, dubbed Next Generation EU, to address the economic damage caused by the outbreak.

“Next Generation EU [consists] of €750 billion as well as targeted reinforcements to the long-term EU budget for 2021-2027 [and] will bring the total financial firepower of the EU budget to €1.85 trillion,” the statement said.

The recovery fund would be embedded within the next long-term EU budget.

“The recovery plan turns the immense challenge we face into an opportunity, not only by supporting the recovery but also by investing in our future: the European Green Deal and digitalization will boost jobs and growth, the resilience of our societies and the health of our environment,” European Commission President Ursula von der Leyen said in the statement.

One of the first EU leaders to react was Italian Prime Minister Giuseppe Conte, who said it was an “excellent signal from Brussels”.

“We were described as visionaries because we believed in it from the beginning,” Conte added.

“Now let’s speed up the negotiation and free up the resources soon.”

If the plan receives the green light from all the 27 member states, Italy will get €172.7 billion in funds, of which about €81 billion will be granted as aid and €91 billion as loans, according to Italian news agency ANSA.

The commission’s proposed quota for Italy is the highest in the fund, followed by Spain with €140 billion, ANSA reported.

It comes as Italy’s official coronavirus death toll topped 33,000 on Wednesday, with 117 more deaths registered nationwide since the previous day.