Melbourne, 1972: The frivolity of an Italian wedding permeates the air. 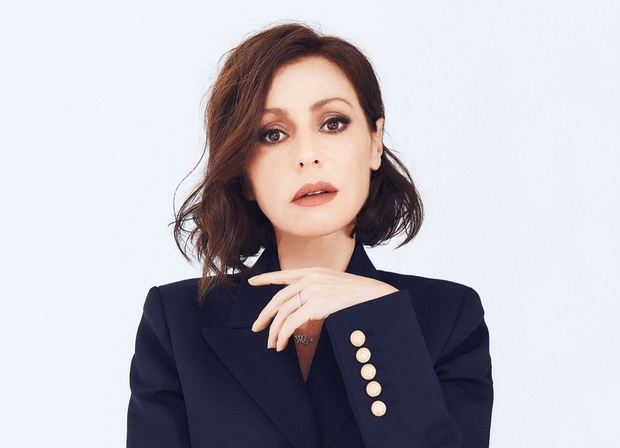 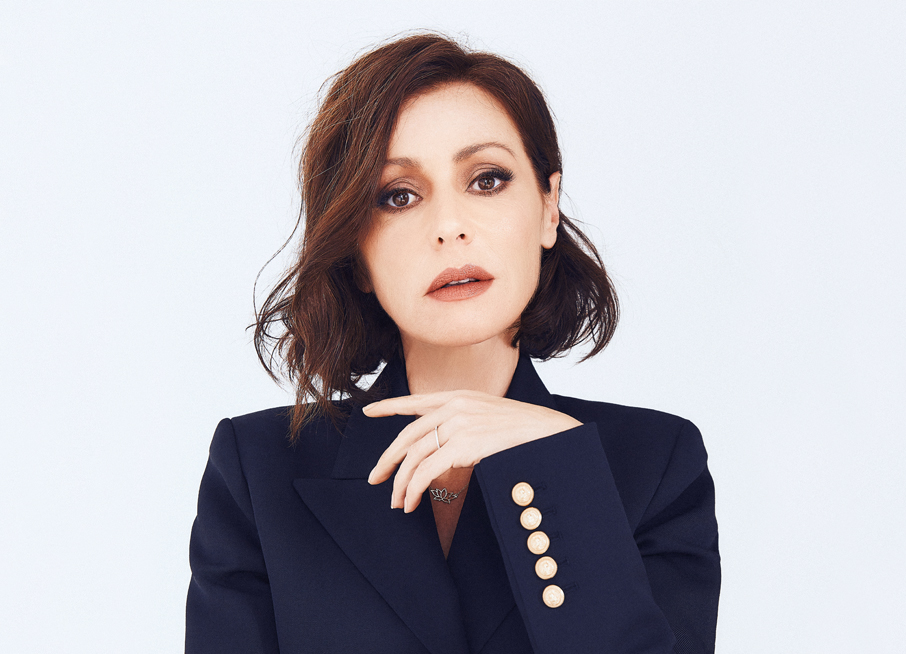 The flower girl, five-year-old Filippina Arena – known as Pina to her family – stands up to sing in public for the first time in her life.

As her voice resounds across the room, astonished friends and relatives rise to their feet in awe.

She unknowingly takes the first step to fulfilling her destiny.

Fast-forward a few years and the pint-sized performer was introduced to the nation as Tina Arena, on the television program Young Talent Time.

Tina’s gift was undeniable; her powerful singing voice and charismatic presence saw her blossom into one of Australia’s most successful artists, with over 10 million records sold worldwide and seven ARIA awards under her belt.

Her 1994 album Don’t Ask remains one of the highest-selling Australian albums of all time.

Among her many accolades, Tina was officially inducted into the ARIA Hall of Fame in 2015.

A year later, she was appointed a Member in the General Division of the Order of Australia (AM) for significant service to the music industry as a singer, songwriter and recording artist, and as a supporter of charitable groups.

After four decades in the industry, Tina continues to shape the landscape of Australian music by offering inspiration, wisdom and encouragement to new talent.

Only a handful of artists achieve the kind of longevity and continued global success that Tina enjoys.

But thinking back to that fateful day at her cousin Gaetano’s wedding, Tina says she never could’ve imagined what was in store for her.

“If somebody had of told me this is where I’d be now, I would’ve had the greatest laugh and told them they were certifiable,” she says.

“I have a profound understanding of how incredibly glorious that trajectory has been to date.

“I think it was my destiny; I believe that it chose me as opposed to me choosing it.”

Tina adds that she’s always been “indebted” to Johnny Young, the singer-songwriter who hosted Young Talent Time and saw something in her as a child.

“I’m eternally grateful for having had that opportunity,” she declares.

“Also, I’m very fortunate to have had parents who allowed me to follow that dream and who totally supported it from very early on.”

Tina’s success is also largely due to her strong work ethic, inherited from her Italian parents, who migrated to Australia from the Sicilian town of Valguarnera, in the wake of World War II.

Her father, Giuseppe, arrived in 1955, on the ship La Fiamma, which docked in Cairns.

Like many Italian migrants, he ended up in Innisfail, cutting sugar cane.

Tina’s mother, Francesca, followed her husband to Australia in 1957, arriving in Port Melbourne.

The couple then settled in Carlton and went on to raise three daughters in the north-western suburbs, including North Melbourne and Moonee Ponds.

“Italian culture is everything in my family – it’s still very present and the language is still spoken,” Tina says.

“I feel rather timid when I speak Italian, but it doesn’t take me very long once the conversation starts to really immerse myself and feel comfortable, even with all the errors that come along with it.”

While Tina’s career has taken her to all corners of the globe and seen her live in France for almost two decades, she made Melbourne her home again in 2012, moving back with her partner, Vincent Mancini, and their son, Gabriel – both French natives.

Tina admits that her life abroad and her family’s migrant story have caused her to question her identity at times.

“Because I immersed myself in the French culture for so long, which is very much a part of me, I’ve found myself sometimes a little bit isolated and lonely and I’ve wondered where I actually belong,” she explains.

“But I truly believe that it’s a great privilege to be able to feel like a citizen of the world and to have those cultures in my life.

“I see it purely as a gift, and that’s what Vincent and I really try to bring home with Gabriel.

“As a 15-year-old, I think he’s starting to understand that culture is an extraordinary gift.”

Despite her struggle with identity, Tina feels right at home when she travels to Italy and reconnects with her roots, which run deep into the soil of the south.

Several years ago, Tina and her family embarked on a two-month trip to Italy, spending a few weeks with their relatives who still live in Valguarnera.

“It was vital to reconnect with my heritage because it helps me to understand the reason why I am who I am today,” she says.

“Going back into that culture and way of thinking felt very natural.

“I’ve also worked there over the years – not as much as I’d like to but I’m certainly planning to and I’m very much putting that out there so the universe can enable that to happen for me.”

Even back home in Melbourne, Tina tries to maintain her ties with the Italian community, including many of her lifelong friends that she grew up with.

It’s a relationship she says helped shaped her as a person.

“I can’t not acknowledge that or not have it in my life,” she says.

Tina’s multilingual music provides the soundtrack to the lives of generations of not only Australians, but an international fan base.

When asked if a particular hit over the years holds a special place in her heart, she explains that she prefers to look at the bigger picture rather than isolate specific songs.

“I’m very proud of a body of work that has continued to resonate not only in the English language, but in the language of human emotions,” she adds.

“That crosses every frontier; it breaks down every barrier and it speaks every language.”

On Monday, Tina announced that her truly outstanding oeuvre will be celebrated with a national tour next May.

Enchanté: The Songs Of Tina Arena, will kick off in Brisbane on May 2, 2021, before touring to Sydney, the Gold Coast, Melbourne, Adelaide, Perth, Wollongong and Canberra.

As the dark veil of COVID-19 begins to lift, the prospect of Tina performing selections from her transcendent songbook live – backed by a band plus string quartet – is the beacon of hope and food for the soul that we all need right now.

“I’m excited about the fact that we’re all moving through this extraordinary pain that everyone’s been put through,” she says.

“The arts industry was the first to be hit and will be the last to be implemented again.

“I look forward to the day when we can all understand that art is one of the greatest medicines; it gives us something to connect with, it enables us to escape and to feel profound human emotions.

“For that, it deserves very much to be bolstered to the forefront of any fibre of society.

Tina is looking forward to gracing the stage again and helping people reconnect through her performances.

“I really feel that the disconnection had become so profoundly suffocating,” she says of pre-COVID times.

“The last life, as we knew it, was called ‘regression’, not ‘progression’.

“We need to ensure that history doesn’t repeat itself and that we walk towards being and behaving as the enlightened race, not the destructive race, which is what’s been displayed for far too long.”

Beyond her impending Australian tour, Tina has big plans to travel to “the motherland” once COVID-19 restrictions are eased.

“The country has gone through a lot, but the Italians are phenomenally resilient and we’re going to get back to a sense of celebration on all levels,” she says.

But for now, she’s just excited to be performing around the nation in which she first rose to fame, before a crowd who have always adored and supported her.

“I’m very recognisant of the fact that I come from an exquisite culture of incredible history, innovation, passion and infinite beauty that have shaped the woman that I am today,” Tina concludes.

“Love and light to the Italian community and I can’t wait to see you all there.”

Tickets for Enchanté: The Songs Of Tina Arena go on sale from Monday, November 16, 2020 at 10:00 am. For all ticketing and tour information, head to the website.

Laura Egan is the online editorial coordinator at Il Globo and La Fiamma. 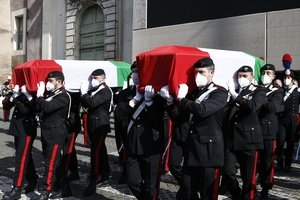 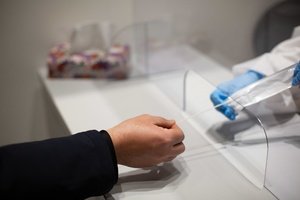 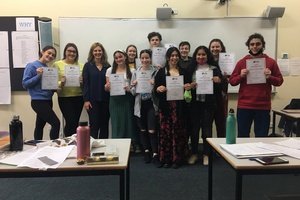 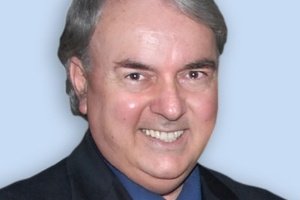 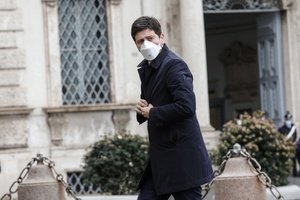 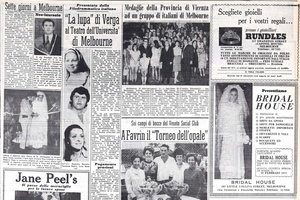 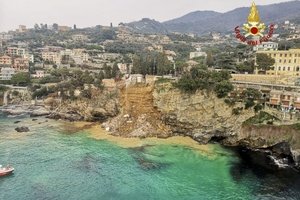 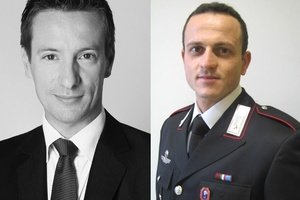 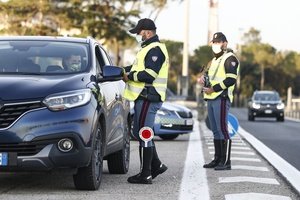 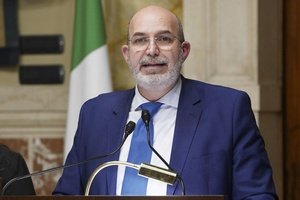