Is the snake festival in Cocullo Italy’s strangest?

Last Thursday, the tiny medieval town of Cocullo, in Italy’s Abruzzo region, came alive with its peculiar annual festival in which a wooden statue of its patron saint is adorned with live snakes and paraded through the streets. 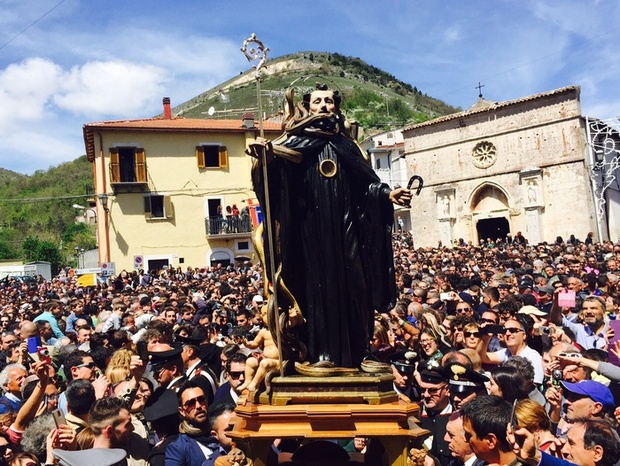 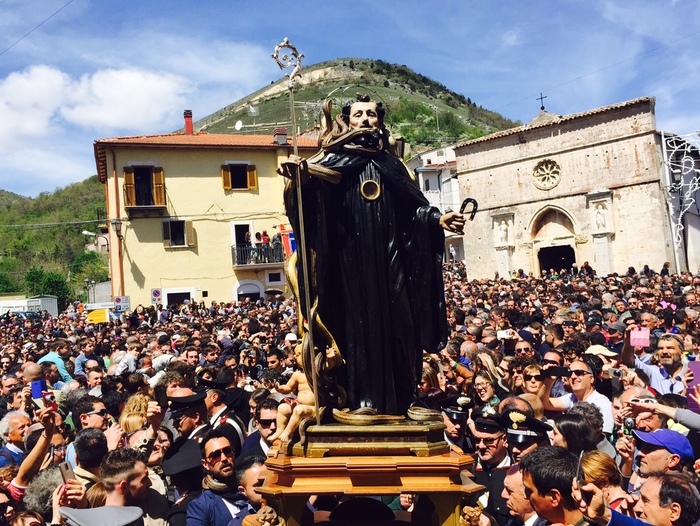 The festival takes place on May 1 every year, and thousands of Italian and international tourists descend on Cocullo, which is nestled in the Majella Mountains, for the unique event.

The celebrations are in honour of San Domenico di Sora, who, according to locals, miraculously got rid of snakes from farmers’ fields in the 11th century.

However, the festival is also said to have its roots in the ancient pagan ritual of Angitia, a Roman goddess of snakes worshipped by the Marsi, who were the first inhabitants of the area.

As the goddess’ official symbol was a snake, offerings of snakes were presented to her to protect locals from wolves, bears and malaria and cure snake bites.

Nowadays, this festival is the perfect fusion of folklore and Christian traditions.

The day begins with an early morning Mass in the town’s church, in which local inhabitants ring a small bell using their own teeth to protect them against toothache for the following year.

Local soil is blessed and later distributed over the fields to act as a form of natural pesticide.

The serpari, or local snake charmers, catch four types of harmless snakes on March 19, and hand them out to devout worshippers on May 1.

The snakes are then draped gently over the wooden statue of San Domenico di Sora.

More and more snakes are added, until the statue is almost completely covered. 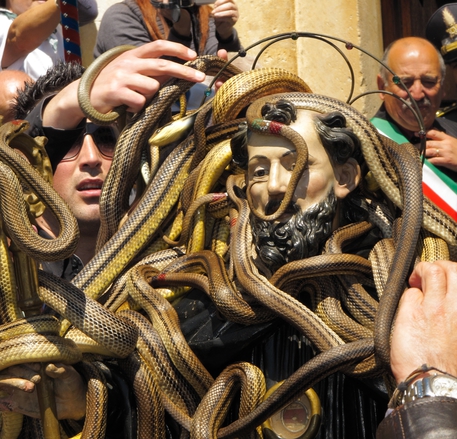 The statue is then paraded through the town’s narrow the streets, held up high in the centre of a long procession.

An elaborate fireworks display then follows, with locals watching on from the streets and their balconies.

After the festival, the snakes are released back into the wild.

This journey of faith and nature is one of a kind and is well worth the trip.